When a chronograph is used for handgun or rifle ammo consistent results require suitable lighting conditions and positioning of the chronograph sufficiently far from the gun that muzzle blast does not affect the reading, these factors are usually explained in the literature that comes with chronographs. What most manuals do not explain is that shotgun ammo brings with it some additional challenges caused by the shot forming into an extended string and the wad coming away from the shot somewhere into the flight path as well. These factors added to significant muzzle blast make shotgun chrono work more challenging than most other projectile speed measurements. In addition to introducing undesirable variance in readings the wad also poses a real risk to the chronograph equipment as it can fly off trajectory and do a lot of damage. 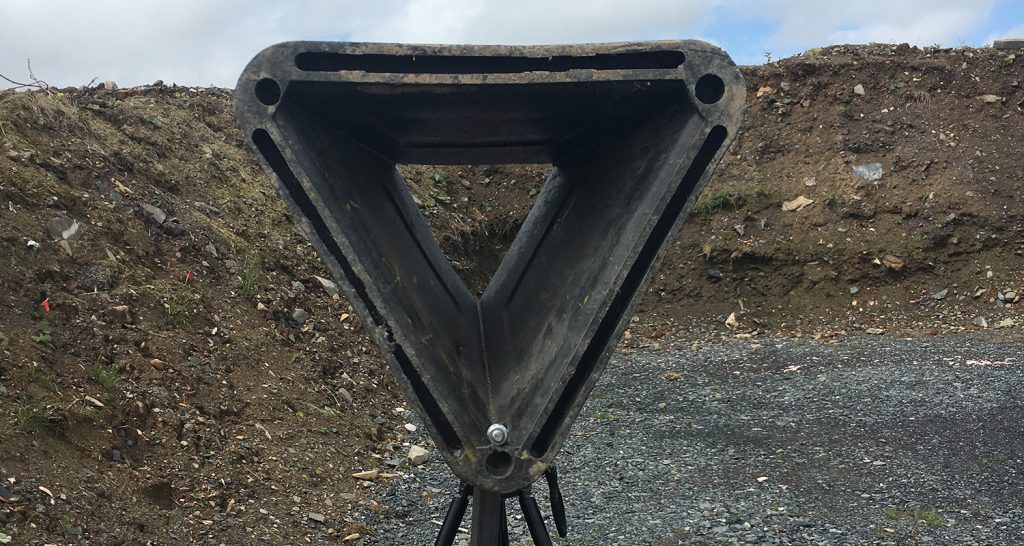 The answer is to set up a barrier which protects your chronograph from off-trajectory debris like wads, frangible disks and unburned power while also eliminating the effects of muzzle blast on the chrono. This allows you to use the chrono closer to the muzzle so the shot has not started to extend out into a long shot string. Note that you can not see any part of the chronograph body, legs or reflectors from the firing position. 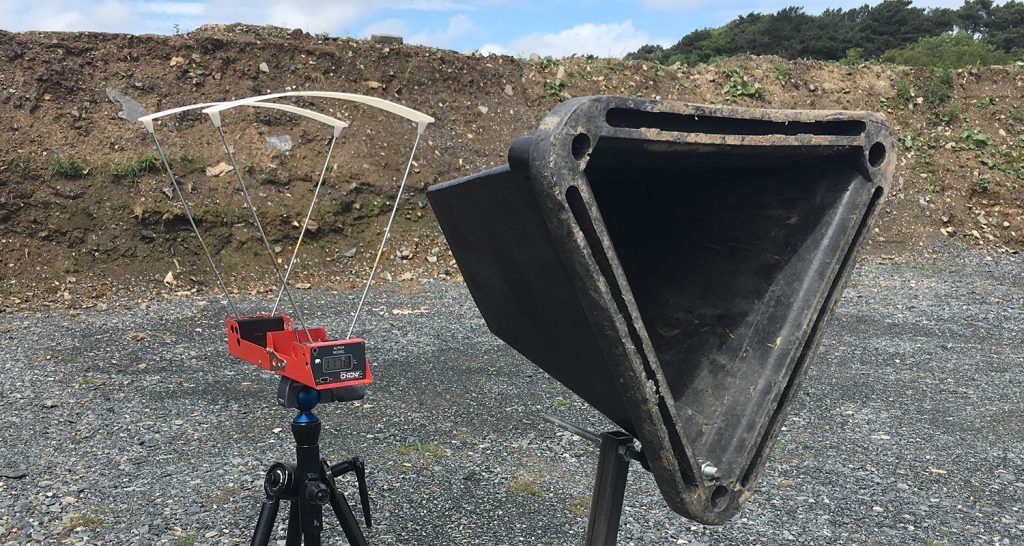 This setup means the shotgun can used as close as 1.5 metres from the barrier and 2.5 metres from the chrono, a distance that would be a real problem for data accuracy issues caused by muzzle blast if the barrier were not present. This gives very consistent measurements from shot to shot and the chrono is not at any risk from wad damage.