The embargo has been lifted and it’s finally time to raise the veil on the production version of the new Beretta 1301 Comp! Working with Gunroom.tv we’ve been the first people in the country to get hold of the gun, and I’ve been lucky enough to be one of the very first people in the country, if not the world, to shoot the gun. Many thanks to GMK for providing Gunroom.tv with the opportunity. Gunroom.tv have already released a sneak peek video, the first look video has been filmed and is in edit and Englishshooting are also doing a side-by-side comparison video using the information we have gleaned from our time with the gun.

The Beretta 1301 is a well known and proven line of guns. Most people will be familiar with the generation 2 of the 1301 line, with it’s slightly opened port and it’s famous “corrugated” extension tube – normally bought separately. The gun is very well proven on the competition circuit and serves many high level shooters very well. They have been extremely well built with some good attention to detail. There have been some flaws though, beyond the ones inherent with a gas operated gun. The bolt release was capable of causing a stage-ending jam if accidentally knocked, forcing people to make or buy spacers and aftermarket buttons to fix it. The gun had a very thick receiver around the loading port and the modest cut left something to be desired for quad-loading.

Generation 3, instantly recognisable by it’s blue receiver, has a lot to live up to. Many rumours were circulated prior to it’s release including ones of a heavily opened up port to put all others to shame. Most rumours have been substantiated with the release of the gun, such as the inclusion of the Kick-Off recoil reducing stock system and a lifter that stays down for loading – normally a common modification on generation 1 and 2 guns.

Let’s start at the front of the gun and move back – The first thing we see is a heavy presence by Toni Systems. The gun comes fitted as standard with a Toni Systems magazine extension tube and barrel clamp. These don’t appear to be stock offerings from Toni, rather they seem to be specifically made for this gun. The smooth, weight reducing scallop is missing in favour of a burlier straight profile. The barrel clamp is similarly beefed up from the stock Toni offering.

Next we see the high and wide rib familiar to users of the previous version. The larger red bead has been substituted for a slightly smaller green bead. Coupled with the mid bead it makes for the fast sight picture acquisition the guns have been known for.

Moving backwards to the handguard, we see a design much akin to the Beretta Xtreme Plus. Gone is the sharp chequering of the previous model, replaced by an overmoulded rubber. It’s still a long handguard offering a multitude of shooting positions but the rubber overmoulding is a swing and a miss. Whilst being very grippy it doesn’t appear to be well suited to quad-loading although in practice the detriment is negligible. The bigger problem to loading is the step that remains at the rear of the handguard, ready to catch the cartridges you had intended to load into the gun – instead sending them to the floor. This is a simple thing to file into a chamfer but a detail I for one wish Beretta had addressed.

This brings us nicely onto the port. The lifter stays down for loading – a boon and a definite, big plus. The lug used for this is a very tidy affair being chamfered to reduce snag hazards while loading. The port however looks familiar. It should, as the receiver appears to be identical to the generation 2 gun. It has a modest port cut and the serial number in a location that it won’t be removed whilst doing port work. If anything like the previous gun it seems it would make it difficult to load without work – but this is where something magical happens…

Older generation 2 guns suffered from a double feed issue with the old bolt release. The new generation 3 bolt release is an interesting shape, certainly, but more lies beneath the hood. The new, reworked bolt latch makes it impossible to cause the malfunction of old. Most importantly, and the salient point here is the position of the shell latch. It is a few mm rearwards compared to older guns. It doesn’t seem like much but it actually enables a comfortable quadload out of the box without modification. Definitely usable in competition as is, taking the forend out of the equation.

Moving up we have the same, familiar bolt handle, Blink bolt system and a receiver that’s drilled and tapped for sight mounts. Really this is the same receiver as a generation 2, albeit blue, but the new lifter and bolt release/shell latch are huge bonuses for this gun. The Blink system also reportedly gets a new gas system spring which should enable the gun to shoot lighter loads reliably.

Lastly let’s take a look at the Kick-Off stock system. It too has the rubber overmoulding in the grip area which is pleasant to use but currently an unknown quantity in wet weather. Many have tried to better the Benelli Comfortech system, and many have failed. I am sad to say that the Kick-Off system is no exception! It reduces felt recoil significantly with the gun being very comfortable to shoot even after a few hundred rounds – but at the expense of noticeably increased muzzle rise when compared side by side with the previous generation. In a competition comfort must give way to a flatter shooting gun, but with the Comfortech system you could have your cake and eat it too with both reduced recoil and flat shooting. The stock comes out of the box very short, ideal for smaller shooters, but also comes with stock spacers and shims for getting the correct length of pull and fit.

RRP has yet to be confirmed but it will undoubtedly be more than the previous model. We have been told that the generation 2 will be discontinued to make way for the generation 3. This doesn’t sadden me in the slightest, the improvements made on the generation 3 gun are all good even if it’s not everything that the rumours promised. There is definitely space in the market though for a generation 4 with a healthier port cut and a lower profile receiver around the loading port.

What will you get for your money over the previous gun then? A new rubberised forend and grip, the Kick-Off system, a lifter that stays down, capable of cycling lighter loads, a new and frankly quite excellent bolt release/shell latch, a smaller green bead and a racy blue anodised receiver. Is it worth the wait? Yes – I was disappointed that it didn’t live up to the hype, but it can’t be expected that all rumours are true. It is still a much, much easier to load gun than it’s predecessor and the double-feed-achilles-heel has been rectified. It will cycle lighter loads and fresh out of the box we had ZERO malfunctions. This will continue to be a very strong competition gun with added features and benefits keeping it current in this world of marginal gains. 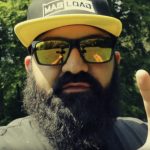 Guest Author – Conners
I’m Conners, I’m the founder of MAGLOAD, researching & developing and pushing the envelope in technology for practical shooting and I’m a stickler for detail. I’m also a presenter on Gunroom TV, bringing my knowledge and experience of practical shooting to their team. I’m a UK NROI Range Officer and I’m also very, very active on the competition circuit. If you see me come and say hi – I’m never short of conversation!