For those shotgunners who do not always appreciate the physicality of practical shotgun shooting, there is a haven which allows you to carry on shooting your shotgun and still have great fun. The main elements that make up Target Shotgun are, set shooting positions, set number of rounds and generally a set time in which to shoot.

Target Shotgun grew out of practical. When more and more courses of fire began to include stages with slug on paper targets, there was a realisation that you had to begin shooting a lot more accurately. Have ammunition which was accurate, and which functioned through your shotgun. The first IPSC European Shotgun Championships in Terni, Italy back in 2003 certainly concentrated people’s minds on the use of slug ammunition. Out of this came the idea of shooting set courses of fire and more importantly concentrate on accuracy. No need to re-invent the wheel, why not adapt those old handgun competitions. Timed and Precision and Multi Target had been adopted as Gallery Rifle disciplines, it was found that these also lent themselves to slug shooting.

The NRA at Bisley where at the forefront at developing the discipline. The name ‘Target Shotgun’ was adopted as it reflected the main NRA shooting discipline of Target Rifle. The new discipline quickly took off and became very popular at the NRA Action Competition Weekends.

The National Target Shotgun Association was formed in June of 2012. The NTSA came about so that there was a body willing to take the discipline beyond Bisley. Competitions now take place all over the United Kingdom. The NTSA have developed the sport by introducing an ever expanding and varied number of competitions. These now include Long Range Slug, Bench Rest Slug and Historic courses f fire with double barrel and single barrel, single shot guns. There is plenty of variety, especially with the addition of Buckshot and Birdshot competitions.

The NTSA also offers training for both shooters and Range Officials. Being one of the UK Home Office recognised bodies for expertise in Multishot Shotguns, the NTSA publish authorised courses of fire, so that clubs and shooters can be confident in complying with the conditions of their Firearms Certificate. Membership of the NTSA also gives good reason to possess a multishot (Section 1) shotgun and slug ammunition on a UK Firearms Certificate.

The NTSA Approved Courses of fire can be downloaded from their website – http://targetshotgun.org.uk/ntsa-approved-courses-of.pdf

The most recent project for the NTSA has been the development of Birdshot Speed Steels. Shot in runs of 6 rounds only against six plates and using the Time Plus scoring method. If you leave a plate standing, that’s 5 seconds added to your time. Great fun and very addictive. The NTSA have also adopted the Bianchi course of fire. These matches use different ammunition types and can be challenging.

The NTSA promotes a series of Championships matches and Postal Leagues. So if you cannot get to one of their matches you could set up a competition within your own club. There are five competitions making up the NTSA Postal League, 2 slug and 3 birdshot. Shoot any one or all five. Details are available from http://targetshotgun.org.uk/postal-league.html

If you are attending the Northern Show in May at Harrogate, come and participate in the Breda Plate Challenge. A competition created by the organisers of the Show and the NTSA. The event is kindly sponsored by Viking Arms. As well as being great fun, there is always the chance you can win a Breda Shotgun.

The NTSA is open to individual membership and clubs may affiliate. Find out more by visiting the NTSA website. http://targetshotgun.org.uk/

The NTSA operates throughout the UK, if you would like to start this discipline in your country please feel free to get in touch for some help. 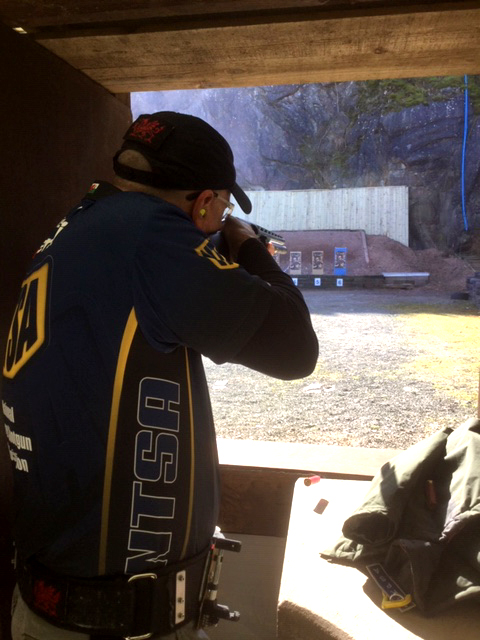